PAR-Recycle Works is a nonprofit electronics recycler that provides transitional employment to people returning from prison.

We deconstruct electronics and destroy data to generate revenue and pay our employees. By providing our employees with skills and opportunities, PAR-Recycle Works helps to build safer communities and contribute to stronger families while saving taxpayer money. 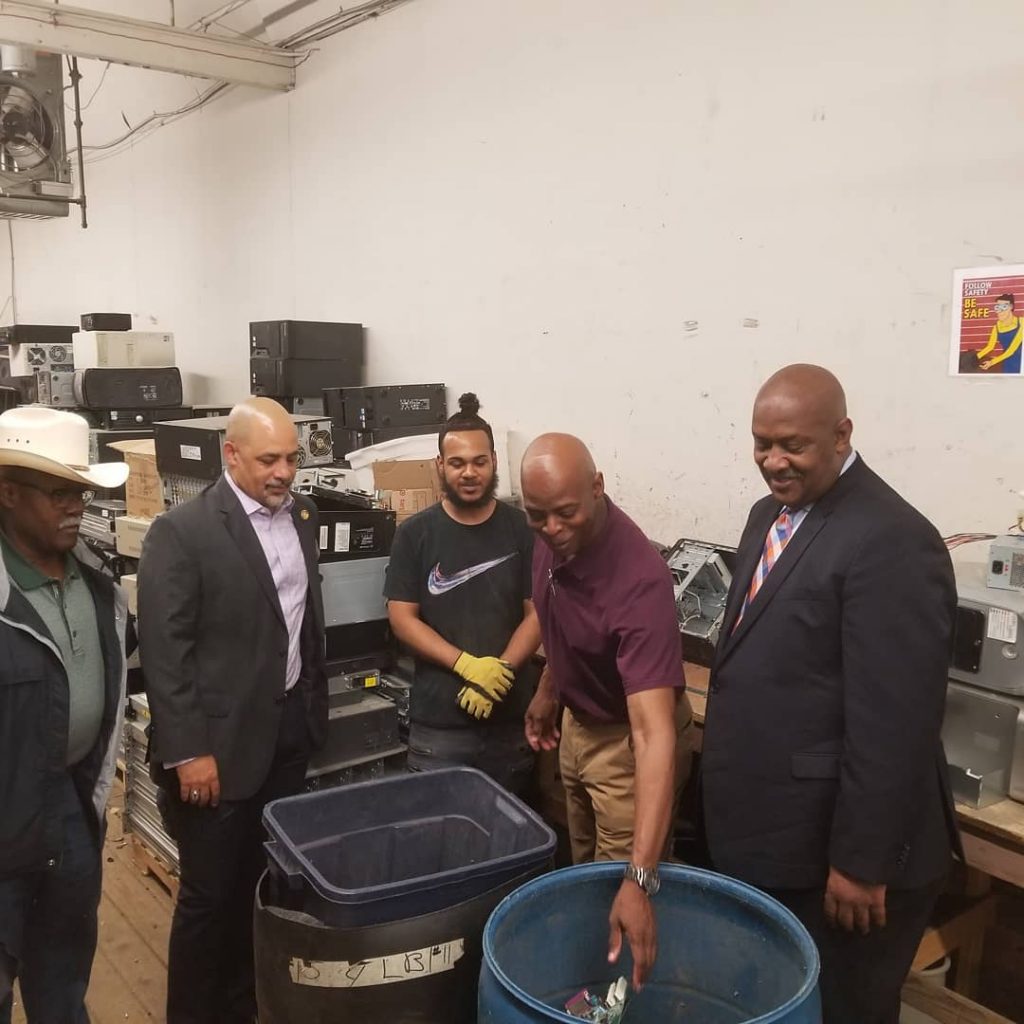 WHY WE ARE HERE

In Pennsylvania there are approximately 48,000 inmates in the state correctional institutions. Philadelphia has the highest incarceration rate of all of the Pennsylvania Counties.

⦁ Over 90% of incarcerated individuals will be released at some point

⦁ Formerly incarcerated people are unemployed at a rate of over 27%, higher than the total U.S. unemployment rate during any historical period, including the Great Depression “Brookings Institute, March 14, 2018” “Prison Policy Initiative, July 2018”

⦁ Nationally, over 68% will be re-incarcerated within three years of their release “U.S. Department of Justice, May 2018”

The prescription for reducing recidivism is simple in theory, though it is complex in practice. It involves helping ex-offenders become self-sufficient, the key to which is employment. Yet, for a majority of those with a felony record, job opportunities are scarce. The results of this are devastating. For example, The New York Department of Labor found that 83% of offenders who violated probation or parole were unemployed at the time.

Steady employment provides much more than a paycheck. It bolsters ex-offenders’ work experience and teaches much needed skills, as well as keeping them from returning to the informal economy that got many of them incarcerated in the first place. In building up their training and work history, ex-offenders stand the best chance of successfully reintegrating into society and living a satisfying and crime-free life.

PAR-Recycle Works believes that one of the best crime deterrents is a job.

The participants go from costing society to contributing to society through productive output, self-sufficiency and paying taxes. PAR- Recycle Works puts individuals on a path to employment and self sufficiency, thus decreasing significantly the chance to reoffend, thereby reducing crime, strengthening families and keeping our communities safer.

How far we go

PAR-Recycle Works has adopted a model of structured employment for returning citizens successfully pioneered by RecycleForce in Indianapolis, Indiana. We are most grateful to the staff and employees of RecycleForce for their generous guidance and support in replicating their model for the needs of southeastern Pennsylvania.